Top 10 reasons to invest in The City of Belmont 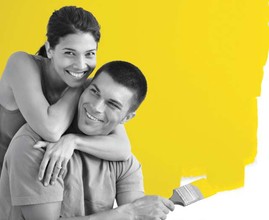 The City of Belmont appears to be an area where property investment is set to outperform the wider Perth market. There are many reasons to support this. Here are ten:
1]Proximity to the city. The current median price hovers around the Perth median yet it is a near city location between 4 and 10km from the CBD. With escalating fuel prices, near city accommodation is becoming an increasing cost saving as well as significant time saving for those working in the city.

2] Proximity to the airport. Being on the way to the airport has made the area the place of choice for many FIFO workers looking to minimize traveling time when coming home from mine site shifts. Taxi fares to and from are much cheaper and there is the convenience of short traveling for partners who pick them up and drop them off.
3] Zoning changes and a pro-active local Belmont City council. Recent zoning changes have given increased impetus to re-development and infill. With dozens of new developments every year, the quality of housing is constantly improving and with this upwardly mobile younger buyers are moving in in droves further increasing the area’s desirability to similar buyers.

4] Established amenities. Being an old established area means amenities are already here. Several large shopping centers including the huge and central Belmont Forum is easily accessible, transport services are comprehensive and there are several local public schools and well as religious schools.
5] Riverside location. Being adjacent to the river also improves the areas appeal. The draw and attraction to water is a national phenomenon that is set to continue. Along Great Eastern Hwy from Rivervale to Ascot there are several towers and groups that front the river like those on Tanunda Drive Rivervale, many with great city views as well. People discovering this for the first time often comment that it is Perth’s best kept secret. The Ascot Waters estate has a very exclusive feel to it and is a lifestyle choice for many.
6] Big projects. The Springs development bounded by the Farmer Fwy, Great Eastern Hwy and the river is well underway with the first occupiers likely in 2014. This big project with around 1000 residential homes and 40000sqm of commercial space is thought by many to likely put Rivervale on the map. Several other big projects are underway and gazetted as developers seek to cash in on the opportunities presented.
7] New Burswood Stadium. The next suburb to Rivervale is Burswood and just as the Subiaco Oval brought an influx of shops and restaurants, cafes to that area, so it is expected the new stadium in Burswood will attract people and businesses to the City of Belmont.
8] Great Eastern Hwy upgrade. The upgrade is well underway as anyone commuting over the last 6 months will quickly attest. Once completed, the ease of travel as well as the much improved streetscape will improve the overall first impressions of the area. Even now from most parts of the City of Belmont the drive to the CBD is easier than other areas thanks to the Farmer Fwy and tunnel.
9] Significant parkland and recreation including Ascot Racecourse. With several large sporting ovals and numerous smaller parks the area retains a very green feel conducive to healthy living and families. Homes near Tomato Lake in Kewdale are highly sought after as are homes near Peet Park and the Ascot Racecourse.
10] Better rental returns. With rental demand in the area being so strong, rents have increased relative to price resulting in approximately 15% better returns in this area to equivalently priced properties north of the river

No one can be sure of where the market overall is headed but there is significant reason to believe that property investment in this area will outperform the rest of the market.

Back to all news
Up to Date